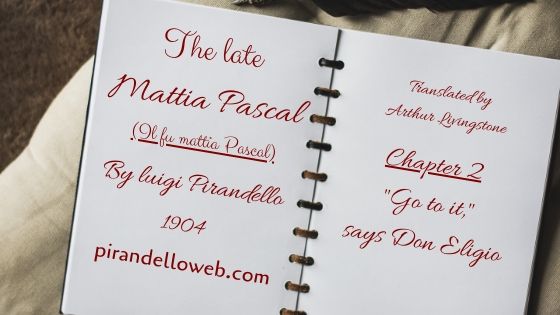 The idea, or rather the suggestion, that I write such a book came to me from my reverend friend, Don Eligio Pellegrinotto, the present custodian of the Boccamazza gift; and to his care (or neglect) I shall entrust the script when it is finished (if ever I reach the end).

I am writing it here in this little deconsecrated church, under the pale light shed from the windows of the cupola, here in the librarian’s “office” (one of the old shrines in the apse, fenced off by a wooden railing), where Don Eligio sits, panting at the task he has heroically assumed of bringing a little order into this chaos of literature.

I doubt whether he gets very far with it.

Beyond a cursory glance over the ensemble of the bindings, no one before his time ever took the trouble to find out just what kind of books the old Monsignore’s legacy contained (we took it for granted that they bore mostly on religion). Well, Don Eligio has discovered (“Just my luck!” says he) that their subject matter is extremely varied on the contrary; and since they were gathered up haphazard, just as they lay in the store house, and set on the shelves wherever they would fit, the confusion they are in is, to say the least, appalling.  Odd marriages have resulted between some of these old volumes. Don Eligio tells me, that it took him a whole forenoon to divorce one pair of books that had embraced each other by their bindings: “The Art of Courting Fair Ladies,” by Anton Muzio Porro (Perugia, 1571); and (Mantua, 1625), “The Life and Death of the Beatified Faustino Materucci”! (One section of Muzio’s treatise is devoted to the debaucheries of the Benedictine order to which the holy Faustino belonged!)

Climbing up and down a ladder he borrowed from the village lamp-lighter, Don Eligio has unearthed many interesting and curious tomes on those dust-laden shelves.  Every time he finds one such, he takes careful aim from the rung where he is standing, and drops it, broadside down, on the big table in the center of the nave. The old church booms the echo from wall to wall. A cloud of dust fills the room. Here and there a spider can be seen scampering to safety on the table top. I saunter along from my writing desk, straddle the railing, and approach the table. I pick up the book, use it to crush the vermin that have been shaken out, open it at random, and glance it through.

Little by little I have acquired a liking for such browsing. Besides, Don Eligio tells me I should model my style on some of the mouldy texts he is exhuming here–give it a “classic flavor” as he says. I shrug my shoulders and remark that such things are beyond me.  Then my eye falls on something curious, and I read on.

When at last, grimy with dust and sweat, Don Eligio comes down from his ladder, I join him for a breath of clean air in the garden which he has somehow coaxed into luxuriance on a patch of gravel in the corner of apse and nave.

I sit down on a projection of the underpinning, and rest my chin on the handle of my cane. Don Eligio is softening the ground about a head of lettuce.

“Dear me, dear me,” say I. “These are not the times to be writing books, Don Eligio, even fool books like mine. Of literature I must begin to say what I have said of everything else: ‘Curses on Copernicus!'”

“Oh, wait now,” exclaims Don Eligio, the blood rushing to his face as he straightens up from his cramped position. (It is hot at noon time, and he has put on a broad-brimmed straw, for a bit of artificial shade.) “What has Copernicus got to do with it?”

“More than you realize, perhaps; for, in the days before the earth began to go round the sun….”

“There you go again! It always went round the sun, man alive….”

“Not at all, not at all! No one knew it did; so, to all intents and purposes, it might as well have been sitting still. Plenty of people don’t admit even now that the earth goes round the sun. I mentioned the point to an old peasant the other day, and do you know what he said to me? He said: ‘That’s a good excuse when someone swears you’re drunk!’ Even you, a good priest, dare not doubt that in Joshua’s time the sun did the moving. But that’s neither here nor there. I was saying that in days when the earth stood still, and Man, dressed as Greek or Roman, had a reason for thinking himself about the most important thing in all creation, there was some justification for a fellow’s putting his own paltry story into writing.”

“The fact remains,” says Don Eligio, “that more trashy books have been written since the earth, as you insist, began going round the sun, than there were before that time.”

“I agree,” say I. “‘At half past eight, to the minute, the count got out of bed and entered his bathroom….’ ‘The millionaire’s wife was wearing a low-necked gown with frills….’ ‘They were sitting opposite each other at a breakfast table in the Ritz….’ ‘Lucretia was sewing at the window in the front room….’ So they write nowadays. Trash, I grant you! But that’s not the question either. Are we, or are we not, stuck here on a sort of top which some God is spinning for his amusement–a sunbeam maybe for a string; or, if you wish, on a mudball that’s gone crazy, and whirls round and round in space, without knowing or caring why it whirls–just for the fun of the thing? At one point| in the turning we feel a little warmer; at the next a little cooler; but after fifty or sixty rounds we die, with the satisfaction of having made fools of ourselves at least once every turn.
Copernicus, I tell you, Don Eligio, Copernicus has ruined mankind beyond repair. Since his day we have all come gradually to realize how unutterably insignificant we are in the whole scheme of things–less than nothing at all, despite the pride we!  take in our science and the inventiveness of the human mind. Well, why get excited over our little individual trials and troubles, if a catastrophe involving thousands of us is as important, relatively, as the destruction of an ant-hill?”

Don Eligio observes, however, that no matter how hard we try to disparage or destroy the many illusions Nature has planted in us for our good, we never quite succeed. Fortunately man’s attention is very easily diverted from his low estate.

And he is right. I have noticed that in our village, on certain nights marked in the calendar, the street lamps are not lighted; and on such occasions, if the weather happens to be cloudy, we are left in the dark.–Proof, I take it, that even in this day and age, we fancy that the moon is put there to give us light by night, just as the sun is put there to give us light by day (with the stars thrown in for decorative purposes).  And we are only too glad to forget what ridiculously small mites we are, provided now and then we can enjoy a
little flattery of and from each other. Men are capable of fighting over such trifles as land or money, experiencing the greatest joy and the greatest sorrow over things, which, were we really awake to our nothingness, would surely be deemed the most miserable trivialities.

To come to the point: Don Eligio seems to me so nearly right, that I have decided to avail myself of this faculty I share with other men for thinking myself worth talking about; and, in view of the strangeness of my experience, as I said, I am going to write it down.
I shall be brief, on the whole, sticking closely to essentials; and I shall be frank. Many of the things I shall narrate will not help myreputation much. But I find myself in a quite exceptional position: as a person beyond this life. There is no reason, therefore, for concealing or mitigating anything. 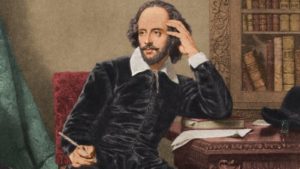